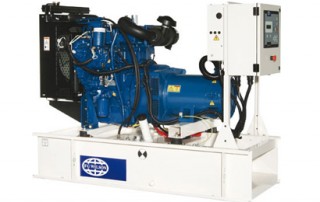 Drake Supermarkets have been in partnership with Genpower Australia for over 7 years and have supplied back up power generation solutions for the majority of Drakes supermarket chain.

Roger Drake commenced his working career with the Coles Myer Group in 1965. After working his way through all facets of the supermarket industry he decided to put his skill into his own company and in 1974 he opened his first supermarket - Jack and Jill's, a 3-lane supermarket at Mitcham. He employed 4 staff.

In 1977 the company opened its first large supermarket at Torrensville and has since expanded to become South Australia's largest independent supermarket chain, extending from Wallaroo in the north, to Seaford in the south and Kingscote across the water. Drake Supermarkets have been in partnership with Genpower Australia for over 7 years and have supplied back up power generations solutions for the majority of Drakes supermarket chain.

Over the years this has included 14 individual FG Wilson diesel generator sets with minor upfits and a range of canopy solutions whilst continually maintaining the units with scheduled servicing.


“Genpower Australia and Drakes supermarkets have had a long standing relationship with the provision of emergency backup generator solutions for the majority of our supermarkets. The value of having generator support systems in our industry is clear as any lengthy power failure would result in $ 000’s of dollars in lost revenue and stock. Drake’s have always found the staff at Genpower Australia to be friendly and always try and help to resolve any queries we may have as quickly as possible. The expertise and knowledge the staff have in recommending the correct generator for each specific store purpose is a credit to the company’s management and the training they invest in their employees. I have no hesitation in recommending Genpower Australia to any business if they are looking for backup power generation.”